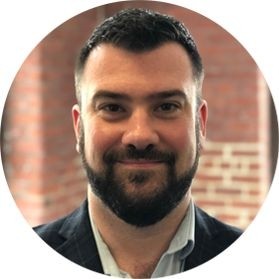 4 Site Security was established in 2001 by two cousins Paul Walton and Gerald Taylor. They had a clear intention: to redefine the security industry providing exceptional standards and service to customers.

In 2006, the Security Industry Authority (SIA) was introduced as the new governing body for the industry. 4 Site Security was one of the first UK companies to be assessed by the standard  route, achieving SIA Approved Contractor Status. This status immediately increased credibility which accelerated rapid growth, allowing further expansion throughout the UK.

Since then, the company has grown from strength to strength, attracting security contracts from some of the UK’s most prestigious companies. None of this would have been possible without their highly qualified team of experts.

4Site was in need of an IT infrastructure refresh as their server was becoming dated and had reached the end of its manufacturer warranty. 4site also operated a traditional email server (on-premise) which lacked the level of security that would be available through cloud-based M365.

PTG Engineers and Account Managers considered the requirements of the business and following a comprehensive consultation, delivered a plan to improve their IT infrastructure with the following developments:

1. Migration from the on-premise email server to cloud-based M365, in addition to Barracuda Email Protection suite which was successfully delivered and deployed ahead of schedule.

3. Installation of a Dell PowerEdge R440 & R340 Rack Server, as well as rolling out Veeam Managed Backup for both Onsite and Offsite premises. Since then, the relationship has flourished and our team has been working collaboratively alongside 4Site for several months on various projects.

“PTG fully understood our needs to design a new IT infrastructure. The team worked well to deliver exactly what they had promised and went the extra mile to ensure things went well. I look forward to working with PTG in the future to improve our IT moving forward.”