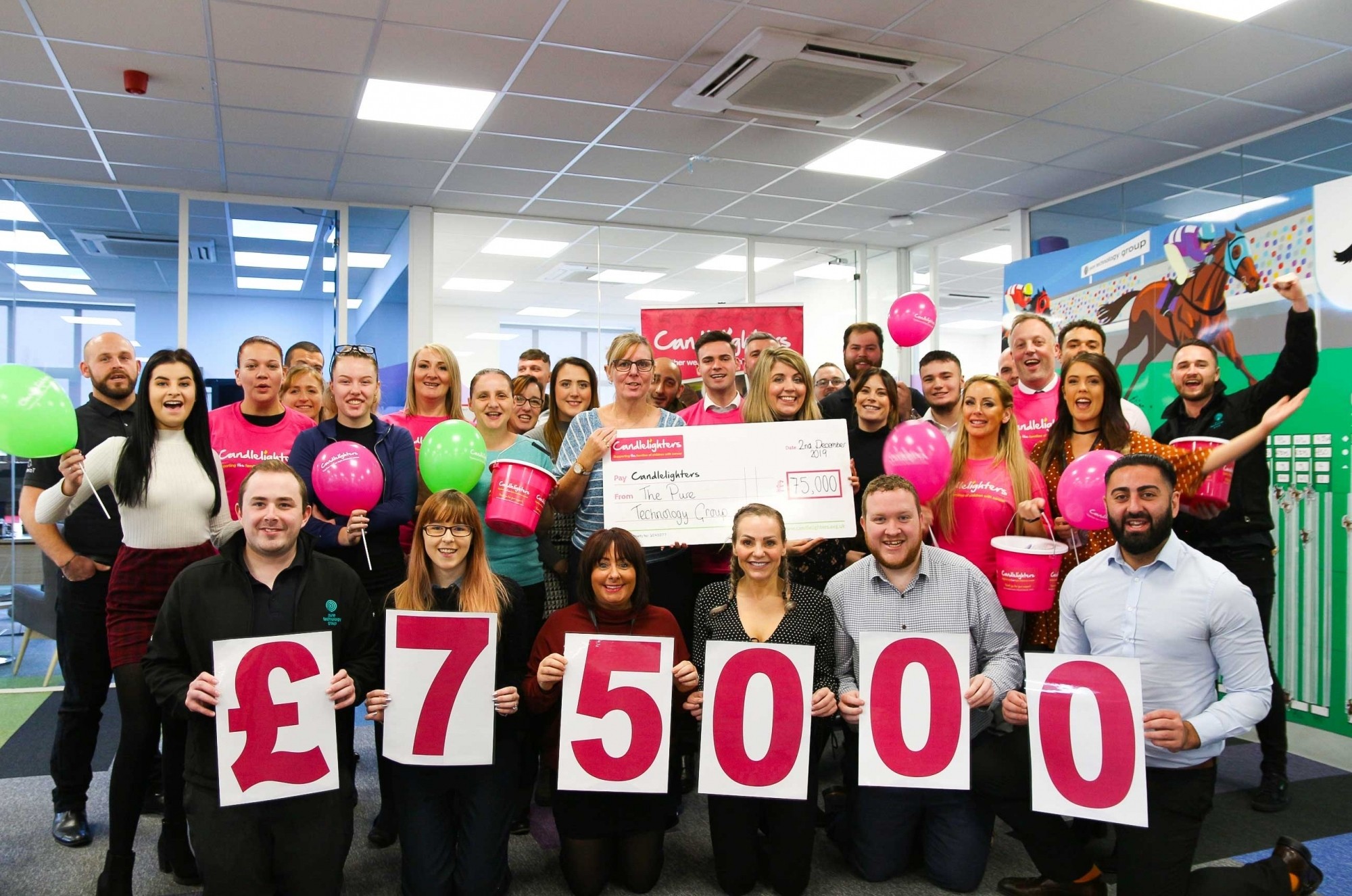 PTG has supported Candlelighters as its charity of choice since 2014, raising an astonishing £75k for the charity in that time. A large percentage of this money has gone to fully funding the charity’s dinner lady, Elaine, for the last 3 years and also contributing to the Candlelighters cottage where families can stay during a child’s period of treatment.

This news also follows the introduction of Candlelighters Company of the Month, and PTG is proud to be the first organisation to be awarded the title for December. PTG has also been nominated for the Yorkshire Choice Awards 2020 for the Charitable Business Award.

In 2016, PTG gained Candlelighters initial Corporate Company of the Year Award and in 2017 PTG’s CEO, Stephen O’Brien, was nominated for Fundraiser of the Year.

Over the past 5 years, PTG has taken part in a wide variety of fundraising activities including; the Yorkshire 3 Peaks, the Great North Run, Snowdon by Night, Tough Mudder (2018 & 19), Coast to Coast, as well as a number of cake sales, raffles and monthly salary donations.

Activities are already in the pipeline for future funding as part of PTGs #Summer100 campaign, a campaign designed to support the Groups aspirations of achieving £100,000 raised for the Charity by the end of summer 2020. #Summer100 will consist of a number of fundraising activities taking place across June to September, including Leeds 10k (July) and a sponsored sky-dive in August.

There are also a number of planned events over the festive period including the annual Christmas raffle later this month and a donation of unwanted Christmas gifts in January.

A donation page for the #Summer100 campaign will launch in the new year. In the meantime, donations can be made via: https://www.candlelighters.org.uk/donate/

Together we CAN fight children’s cancer.