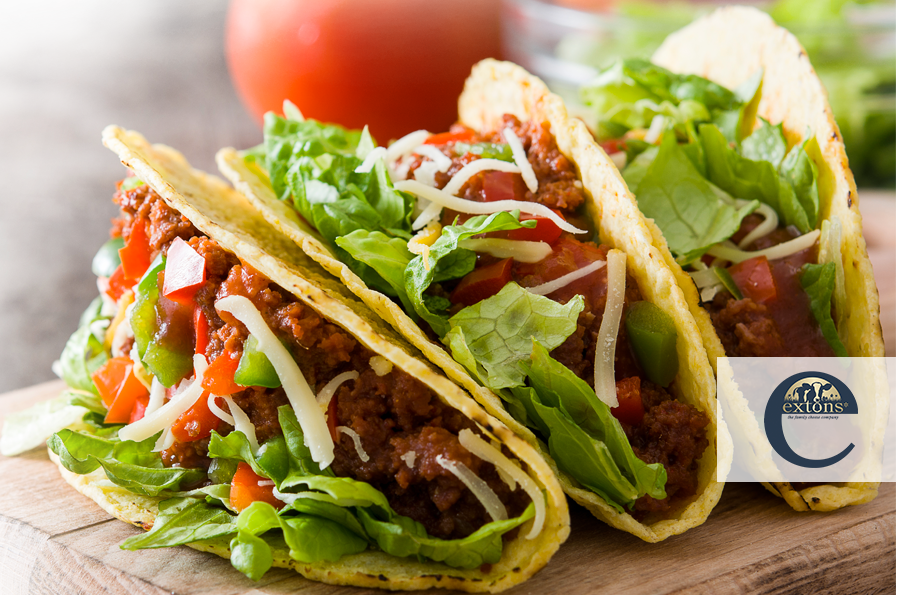 Extons Foods was founded by Liz Exton who started a sole‐trader business delivering sandwiches and grated cheese to local businesses in and around the Stockport area in 2000. Extons Foods now has a workforce of over 150, a purpose‐built 45,000 square foot production facility in South Manchester and produce over 220 tonnes of Cheddar… every week!

Extons Foods originally relied upon an IT provider that was acquired by a larger IT company and standards had started to slip. This impacted Extons business as issues were unresolved, new services required didn’t materialise and communication became difficult.

In the search for a new IT partner, Extons Foods sought the expertise to resolve existing issues, move them forward with additional solutions and offer added value services such as working with third-party providers and training. High on their agenda was working with a partner who valued their relationship along with regular communication and reporting.

Initially, there were several areas requiring immediate attention: Backups weren’t working properly, remote access was not enabled, Wi-Fi coverage was limited across the site and anti‐virus was not enabled on all end-point devices. Pro‐active monitoring and response didn’t exist, and licence provisioning required correction. Extons also wanted to implement a Cyber Security policy including device encryption and plan for a Windows 7 end of life project but were not confident they would get this from their existing IT provider so had put the projects on hold.

The initial phase of the project was to get a full picture of the IT environment and an understanding of how the site, the company and its employees worked. PTG engineers spent time with several key personnel to understand the issues on the ground. A full-site audit of the network and server infrastructure was undertaken, along with an audit of devices and system policies. This level of detail gave a clear picture of the IT environment and allowed PTG service engineers to produce a plan of action and a road map for discussion with the Extons Management Team.

The second stage involved the analysis of backup requirements. Fortunately, the backup target on-premise was adequately sized and a warranty was applied to cover any unexpected hardware costs should a failure arise. Existing hardware was re‐purposed as a repository for Veeam. To enable offsite backups, Veeam Cloud Connect was deployed to back up Extons Hyper‐V environment to the PTG datacentre, which also provided Extons with a suitable Business Continuity Solution.

Once the backups were stabilised, stage three focussed on securing Extons Foods O365 estate. Extons had adopted Office 365 previously so a migration to the PTG CSP managed service was completed. Additionally, a solution to backup O365 email, OneDrive and SharePoint were implemented along with a robust solution to protect O365 email from advanced threats, spear phishing, malware and account take over, whilst scanning for any pre-existing illegitimate mailbox rules which may compromise security. Managed Anti‐Virus was deployed along with a managed encryption service for devices. Following on the theme of improving security at the site, PTG set up a guest Wi‐Fi network so devices outside the company LAN could be isolated and restricted.

Lastly, stage four was the implementation of a purpose‐built, secure rack for on-premise equipment, whilst removing defunct equipment which caused confusion for the Extons team and were generally untidy.

The Extons Foods Management Team chose several Managed Services with PTG to deliver the pro‐active services that they had been missing including the PTG Helpdesk, which has proven to be a great improvement for their business.

Projects originally on hold are now back in flight and Extons Foods are able to move forward with an IT partner who can liaise with third-party suppliers to benefit their business.

“We have been using PTG for 6 months now and I have been pleased with the service levels so far. As a company we initially had reservations in changing to a new IT provider, due to the importance of the task, and the number of systems in place. However, I had no need to worry as PTG handled the change in an organised and professional manner. Since moving we have found that our response times and customer service levels have improved dramatically. It has also been a breath of fresh air to work with a personable and friendly IT company who seem committed to working and growing alongside Extons in the future.“