Are you ready for 5G? 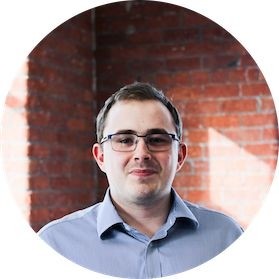 Let’s start off with what we know.

You cannot turn a corner without hearing about 5G, whether it is it going ‘live’ in a city near you, or whether it is about the US-China trade war, encompassing Huawei as a political football. With all the press surrounding 5G you would expect it to be changing lives all around the world, especially in the UK, but it isn’t, yet.

EE (The largest operator in the UK) has rolled out 5G to a grand total of……….6 UK cities, and Vodafone has launched in 7. Both plan to extend the roll-out but outside of these areas 5G is still not available. That aside, it is coming. And it is going to make a huge difference. But is this in the ways that we expect?

Beyond the obvious benefit of super-fast mobile access, there are other benefits:  greater voice quality, greater capacity to cater for more devices, which is necessary for the internet of things (IoT), enhanced experiences but it could also facilitate true intelligence at the edge including autonomous driving.

Hyperbole aside, let's look at these benefits in a bit more detail:

Who remembers when HD VOICE came out? Me neither, but it was announced by Orange and demonstrated in 2012. 5G is supposed to bring crisper audio to the masses. Sounds great, but you will no longer pretend to be in a meeting when you are in the pub. If this does deliver what it says, the mobile phone call experience will be enhanced and welcomed by most.

5G is just as much about capacity as it is about speed. An important part of the 5G specification is mMTC (massive Machine Type Communications). The result of this kind of communication is something incredible; up to a million connected devices per square kilometre. Why does that matter? Take a sports stadium. Put yourself in a crowd of 50,000 and, right now, you cannot get a phone signal. Want to find out other scores at half-time? Or send a text during a match? Forget it. This may allow true IoT services in mass audience environments without the current limitations, for example, personalised augmented reality, seat level delivery and mass audience mobile participation (lighting, voting, live statistics).

Mobile broadcast, in the field?

All major broadcasters spend millions per year on Outside Broadcast (OB), requiring specialist equipment sometimes mounted in trucks. 5G technology has the capability to scale this down to a laptop and not much more, making it quicker to get news to you.

Ever seen a full 4K Facebook Live stream without buffering? Nope, me neither. Again, 5G has the chance to revolutionise this.

With the cost of concert tickets increasing year on year (£253 for Glastonbury in 2019), imagine a world where an artist(s) could offer a cheaper option via a VR headset? Making music more accessible but also widening the audience on a global scale with a different commercial model.

Autonomous cars – currently a very hot topic, the whole mantra of ‘Self-Driving’ is only going to increase with the introduction of 5G, the ability to transfer more information quicker is only going to aid the decisions required at the edge.

So, the question is, why am I only just hearing about Wi-Fi 6? The long and short of it is that it is probably the reason you never heard of Wi-Fi 4 or Wi-Fi 5. You don’t remember seeing it because it wasn’t called that at the time.

A little bit of history; The Wi-Fi Alliance (sounds like a Star Wars reference but it isn’t!) is the industry organisation that issues the "official" Wi-Fi standardised protocols, and has helped make all this possible by creating a relatively simple way for the myriad of devices and networking equipment to communicate with each other.

Once every blue moon, the members of the Wi-Fi Alliance will issue an update to the standards in a similar way the groups involved in cellular networking technology started calling updated standards to mobile networks 3G, 4G LTE, and now 5G.

When you see names like that, they are not exactly memorable, are they? Having realised this, the next release (802.11ax) has been named Wi-Fi 6 instead and renamed the previous versions to Wi-Fi 5 and Wi-Fi 4, respectively.

The big question that you want to know the answer for, yes, it is. The official statistic is 37% faster than Wi-Fi 5. The primary improvements will be in speed, connection strength, a wider spectrum of channels to operate in, and simultaneous streams. This means that there will be more room for each connection at an access point, allowing more devices to connect with less loss of bandwidth than current standards.

The murky world of IoT – is this the game-changer?

Whilst recently all of the consumer focus has been around 5G, there is still the fact that most businesses rely still on network technologies provided by traditional ISPs.

However, this has also been the problem as one of the major challenges around IoT and its development as these Wi-Fi connections struggle to keep up with the addition of dozens of new devices accessing a single router.

This may be about to change, however, as Wi-Fi 6 opens up an enormous amount of space for these devices to operate that they didn't have before. Everything from a dozen home appliances being connected to your home network to retail stores using WiFi 6 enabled sensors on shelves to automatically track inventories and place new orders when stock gets too low; you can expect to see Wi-Fi 6 start making all kinds of changes behind the scenes, enabling all kinds of new advances.

In brief then, is it a game-changer? Yes, it is or will be when mainstream.

So, 5G will completely revolutionise cellular service as we know it, possibly making home broadband irrelevant whilst Wi-Fi 6 will have a similar effect on wireless connectivity. In isolation both solutions are major steps forward in connectivity, and together they have the potential to redefine the network.