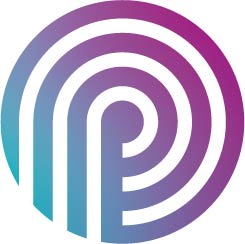 pure technology group (PTG), has appointed Scott Deacon as sales director to grow its current customer base by 30%. The move aligns with the Group’s strategy to increase its turnover – from £30 million to £50 million – over the next three years.

Having been with the company since its inception in 2007, Scott was one of the original four people who set up the business with PTG’s CEO Stephen O’Brien. He has held various sales roles within the organisation throughout the 12 years, most recently as sales team manager before his promotion.

Tasked with evolving PTG’s growing portfolio of customers, Scott will head up the 21‐strong department of sales professionals, while also looking to expand the department’s headcount to over 30 during the next year.

Speaking about his promotion, Scott said: “Stepping up to my new role as sales director is a badge I wear with pride. I’ve been with the company since its infancy, so seeing it grow to the multi‐million pound business it is today – and knowing I’ve been a part of that – is extremely rewarding.

“As well as growing our existing customer base organically, I’ll also be developing a new business drive, with the aim to add 270 new customers to our books.”

Also commenting on the appointment, PTG’s CEO Stephen O’Brien, added: “This was a natural progression in Scott’s career at PTG. He has been with us since day one, meaning he completely understands our culture and beliefs – and he is well respected within the team because of this.

“Forming part of this wider company ethos is a purposeful ‘grow‐our‐own’ attitude. We’re committed to sourcing and retaining talented individuals who feel challenged and motivated in their roles, and who know they can evolve during their time with us.”

“We’re always on the lookout for new people to join our proactive team. It’s a very exciting time for team growth at the moment,” Stephen concluded.

The news follows PTG’s recent launches of VR and IoT into its service catalogue, as well as the firm’s annual tech expo – pt19 – which saw over 800 delegates and 40 tech partners gather on Friday 14th June at its Chapelthorpe Hall offices in Wakefield.