does Citrix have a future? 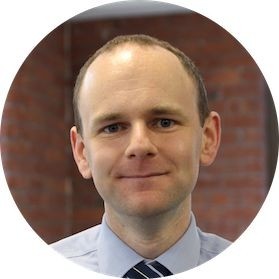 The starting point for this article was a google search of the question ‘does Citrix have a future?’. The first page of Google lists a mix of news articles over the last year that either praise the organisation for its new product releases or paint a doomsday picture for how Citrix is in serious trouble. Naturally, this doesn’t evoke much confidence in the company, its product offering or its foreseeable plans for the future.

In 2015 Citrix cut around 900 jobs following a drop in profit and shortly afterwards, then CEO, Mark Templeton retired (with investor influence), a process during which the company tried to sell itself. More recently, news has been mixed. Layoffs across Citrix offices continued across 2017 as well as further board-level changes with yet another CEO change.

Although dramatic cutbacks have been made, profits have steadily turned around after a key realignment in product focus pushing a greater emphasis on mobility. Citrix’s best-known field, Virtual Desktop Infrastructure (VDI) has seen its share of competition from the likes of VMware’s Horizon. Citrix’s XenApp and XenDesktop products have struggled, but with the growth of Cloud computing could the concept of VDI transfer to the Cloud?

The potential for Cloud-based VDI is huge. Whilst Citrix’s traditional forté was based around desktop virtualisation products, the growth of Cloud and in particular the potential of Desktop-as-a-Service (DaaS) highlights the potential for products such as XenApp and XenDesktop to be Cloud-hosted rather than hosted on-premise or a traditional datacentre.

The popularity of Microsoft’s Azure Cloud platform has surged in recent years with Microsoft themselves previously offering RemoteApp-as-a-Service through the Azure platform. In 2016 Microsoft announced they would be scaling back support for the Azure RemoteApp product and promoting the use of Citrix’s XenApp Essentials instead. Although branded as the second generation of Azure RemoteApp, this was also a significant change from an end-user standpoint as published applications hosted in Azure could now be accessed using Citrix end-clients and using Citrix’s HDX technology which allows for increased security and greater bandwidth efficiency.

More significant to many of Citrix’s current and prospective customers Citrix now offer the XenApp and XenDesktop Service as part of the Citrix Cloud service. Allowing customers to run a traditional XenApp or XenDesktop environment in the cloud, where the back-end servers (licensing server, data collector and database servers for example) are all hosted in the Citrix Cloud whilst the virtual delivery agents or Virtual Desktop Access either hosted in another cloud provider, such as Azure, or even on the customer’s own premises.

There are several advantages of opting for XenApp and XenDesktop solutions rather than a standard Remote Desktop and these are much the same for Cloud-based servers as they were for traditional datacentres. Citrix’s ICA protocol is much leaner in terms of bandwidth compared to Microsoft’s RDP protocol (this is key for Cloud-based servers which are likely to be accessed via an Internet or WAN connection rather than a local area network) and generally much more secure. In addition – the Citrix Receiver client software is available on a great variety of end-user devices therefore existing devices can be utilised without high upfront costs or replacement.

The growth and development of Citrix Cloud has not just influenced the XenApp and XenDesktop products; there have also been advances with the XenMobile products alongside the growing popularity of mobile computing. XenMobile is Citrix’s mobile device management solution, which allows organisations to control various aspects of mobile devices in the organisation from control of the applications that can be used right through to full management of the device.

Applications delivered to devices controlled within a XenMobile environment can be ‘containerised’ so overall control is still available to the administrator. The advantage of this is that it allows applications to be removed from the device when no longer required or allowed. Different levels of control to end-user devices can be put in place to even allow user-owned devices (possibly in a Bring Your Own Device scenario) access to corporate systems and the ability to download containerised applications that can later be removed by the administrator without affecting their personal apps on the device.

Further to the use of application control is the ability to control a device from a management perspective. This means that XenMobile can allow IT admins to enforce security policies such as a passcode lock and the ability to remotely erase devices in case of theft. XenMobile is also available with a suite of applications allowing for the secure use of email and web browsing on mobile devices. For organisations requiring end-user delivery of confidential data (such as for law firms), the XenMobile Secure Suite can allow for secure access to these through dedicated apps, namely Citrix Secure Mail and Citrix Secure Web. The back-end functionality of XenMobile products are now all delivered from the Citrix Cloud with the end-user delivery from an application named ‘Secure Hub’. This is available for both iOS and Android devices so compatibility with most mobile handsets is assured when using XenMobile in a corporate environment.

There is competition to XenMobile in the form of Microsoft Intune. Like XenMobile, Microsoft Intune is a cloud-based mobility management product that also offers device and application control. However, until recently features such as Micro VPN and the secure applications such as Citrix Secure Mail and Citrix Secure Web (previously known as Worx Mail and Worx Web) were only available in XenMobile.

In the past year, the competition between the two products has become that of compatibility and integration between the two. As a result of XenMobile’s integration capabilities into Intune, the application management and protection policies from both products can be used together to increase security in terms of application access and the data being used within this.

For example - if protection policies are put into place by the administrator, a user attempting to copy text from a Word document in Office 365 (on their mobile device) and pasting this into a non-Intune app on the device (such as a native mail application) would receive a security warning advising that the data couldn’t be pasted there. However- Intune can be configured to allow for data to be copied into a secure email product instead such as Secure Mail as part of XenMobile.

In addition to this, there is compatibility between the apps themselves. An attachment opened from Secure Mail (part of the XenMobile suite) can be opened (and edited) in an Office 365 app such as Microsoft Word or Excel and remain protected as part of a secure container delivered by Intune.

Management when combining the two products is performed from within Citrix Cloud so it’s possible to get the best of both worlds both in terms of the improved end-user experience and ease of management for administrators wishing to configure policies for both. The Intune app protection policies are listed alongside XenMobile’s application policies in the Citrix Cloud management portal so there is no requirement to use one or the other for administration.

With the upcoming GDPR compliance fast approaching and the requirement for data protection as part of this, XenMobile and Intune can help businesses keep data secure as part of their GDPR compliance plans through the use and enforcement of these features on mobile devices.

In summary – does Citrix have a future? Absolutely. Although later to the Cloud than other vendors the potential from the Cloud and mobility products have made Citrix and their most well-known products (XenApp, XenDesktop, XenMobile and NetScaler) more relevant than ever. Even as the industry becomes less Windows and desktop PC- focused, the solutions launched by Citrix in recent years can greatly enhance the environments of traditional as well as new Citrix customers.

In my experience from administrating Citrix solutions ranging from 20 to 2000+ users, I still feel it’s one of the most capable products for environments requiring virtualised desktop delivery. Whilst other solutions are available Citrix is still the leader in the VDI world and the potential available from their cloud and mobility products can really make a difference to users in environments of all sizes. Likewise, the recent integration of Citrix XenMobile with Microsoft Intune brings the features of both mobile device management platforms into one single solution that can bring great benefits for everyone.