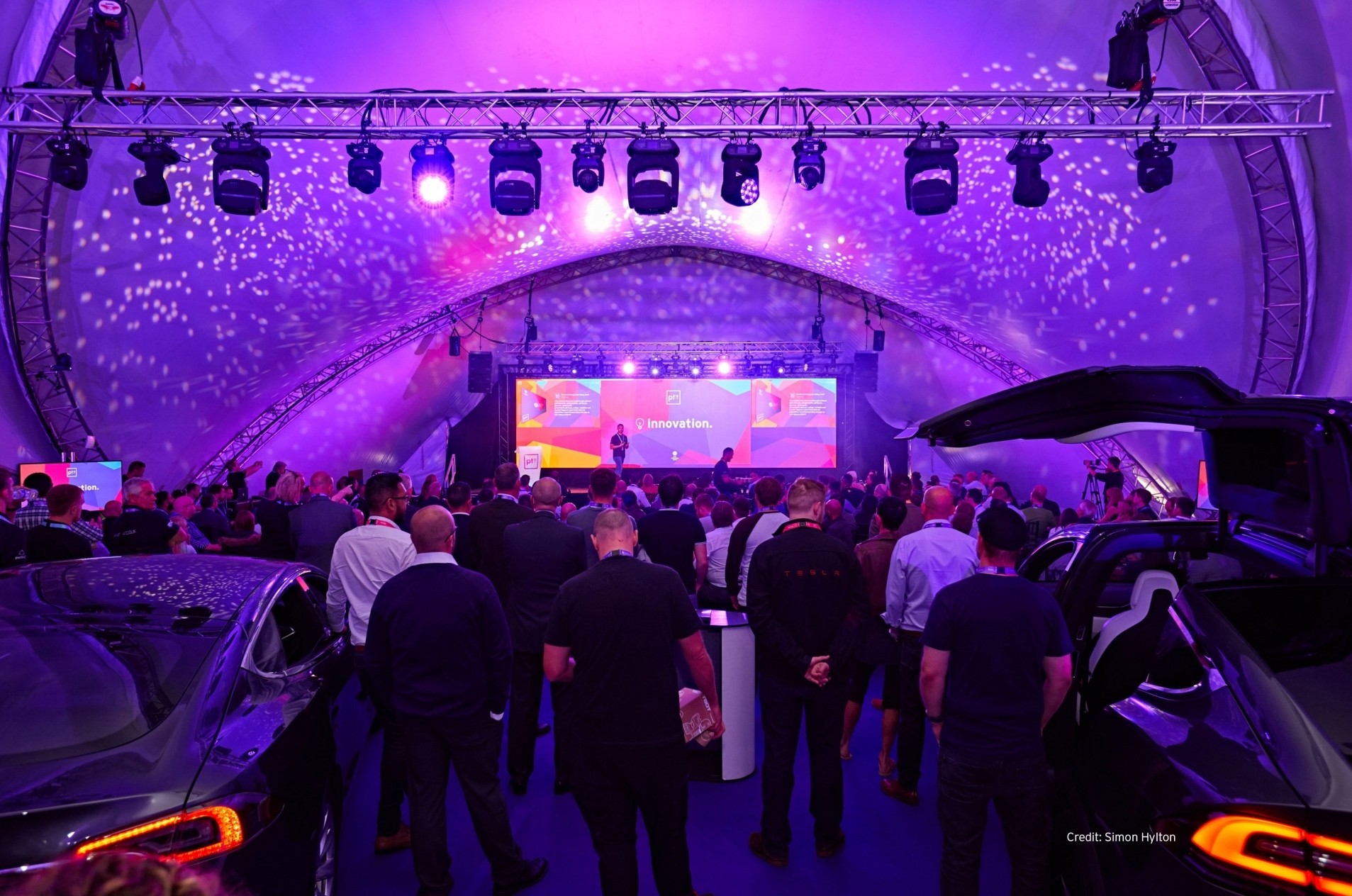 More than 600 tech professionals gathered in Wakefield last Friday for the pure technology group’s annual tech expo, pt18– the largest partner event of its kind in the North of England. With IT security a dominant theme throughout, delegates heard that the criminal underworld could prove to be a source of innovation for law-abiding organisations in the tech sector.

The bold statement came from Jamie Bartlett, acclaimed author of The Dark Net: Inside The Digital Underworld, who was the first guest speaker on the day.

Elaborating on the latest cybercrime advancements, he urged tech businesses to see them not just as overwhelming threats, but as opportunities to design game-changing products and services that eradicate the evolving risk. His talk also highlighted that despite being an unlawful place, the darknet is actually a highly innovative space that tech companies could learn from. His post-event tweet summarised:

Message was: if you’re looking for new ideas, ingenuity & innovation: the criminal underworld isn’t a bad place to start! #pt18

The event – which aimed to tread beyond the realms of traditional IT expos – showcased everything from IoT and 3D printing, to robotics, cutting-edge automotive advancements and assisted reality. Organised by the pure technology group (ptg) and held in the grounds of its historic Chapelthorpe Hall offices, it was the company’s third annual event. Attended by 683 delegates, and with 28 vendors plus six speakers in attendance, it was also the largest to date.

Sarah Shields, Vice President and GM UK & Ireland at Dell EMC, took to the stage after Jamie’s session and talked about the fourth industrial revolution that is currently underway. She spoke of a unified understanding of the need for digital transformation but highlighted that, in a recent study, 93% of global organisations admitted they are battling barriers to become a digital business by 2030. Neil Sawyer, Commercial Channel Director (UK&I) of HP, analysed some of the tech sector’s most pivotal current and upcoming trends, plus the demands of the ‘experience age’, before Mimecast urged people to change their mindset when it comes to cyber resilience. Rugby World Cup winner Will Greenwood closed the day’s talks with highlights of his career to date and his advice on teamwork with the takeaway point; ‘to travel fast people should go alone, but to travel far, they should go together’.

@tptg_tweet - thank you for a fantastic UK #pt18 event! Honoured to be a sponsor and speaker at THE IT event of the North! Massive thanks to you all! @DellEMCUKI @DellEMCPartners @JamesHulseCloud pic.twitter.com/LAhtnAtQfa

Commenting on the purpose of pt18, Cliff Fox, Group COO at ptg, said: “We covered some topical subjects; IT security has never been more relevant and IoT, AR/VR and digital transformation are key to the future. This event was about getting our customers and guests ‘hands on’ with future technologies from some of the world’s leading brands and trying it for themselves. Held in a 1000 sq. metre structure, used at Creamfields and other festivals, with state-of-the-art AV, lighting and music, we wanted pt18 to be as innovative as the tech it played host to. And the 98% Net Promotor Score (NPS) feedback from delegates as they left, shows that we fulfilled this goal… and then some.”

“Despite the world of tech being so exciting, the scene is – in complete contrast – still crowded with tired expos that fail to inspire,” continued Cliff. “We shouldn’t be treading the aisles in traditional exhibition halls to try and hunt out ‘what’s new’ and hear theory – far better to get hands-on with what’s new right now”.

“Our goal is to deliver thought-provoking content that encourages people to think beyond the realms of what’s possible. Jamie Bartlett urging delegates to learn from the underworld might, at first glance, sound like a shocking statement, but there was so much business rationale behind his advice. So often we see tech that has been designed ‘for good’, swiped by criminals and used to break the law. Jamie was encouraging us to flip this trend and learn from some disruptive business geniuses who are creating next-generation innovations that we could harness for far more positive – and lawful – purposes.”

Amongst other highlights from pt18 were the demonstrations of the brand new dynaEdge assisted reality smart glasses from Toshiba, the UK launch of the new 3D printer from Ikonic, drone racing by DJI, demonstrations of Tesla and McLaren cars and a guest appearance from Titan the Robot. The pure technology group also made a number of exclusive announcements including the launch of its new IoT and VR services, plus its enhanced IT security offering with full vulnerability and penetration testing.

The event also raised over a thousand pounds for ptg’s nominated charity Candlelighters.

The biggest IT event (channel) in the North will be back bigger again next year... sign up today for pt19 - The channel's BIGGEST IT expo. Also in case you missed it, take a look at the pt18 after the movie below: