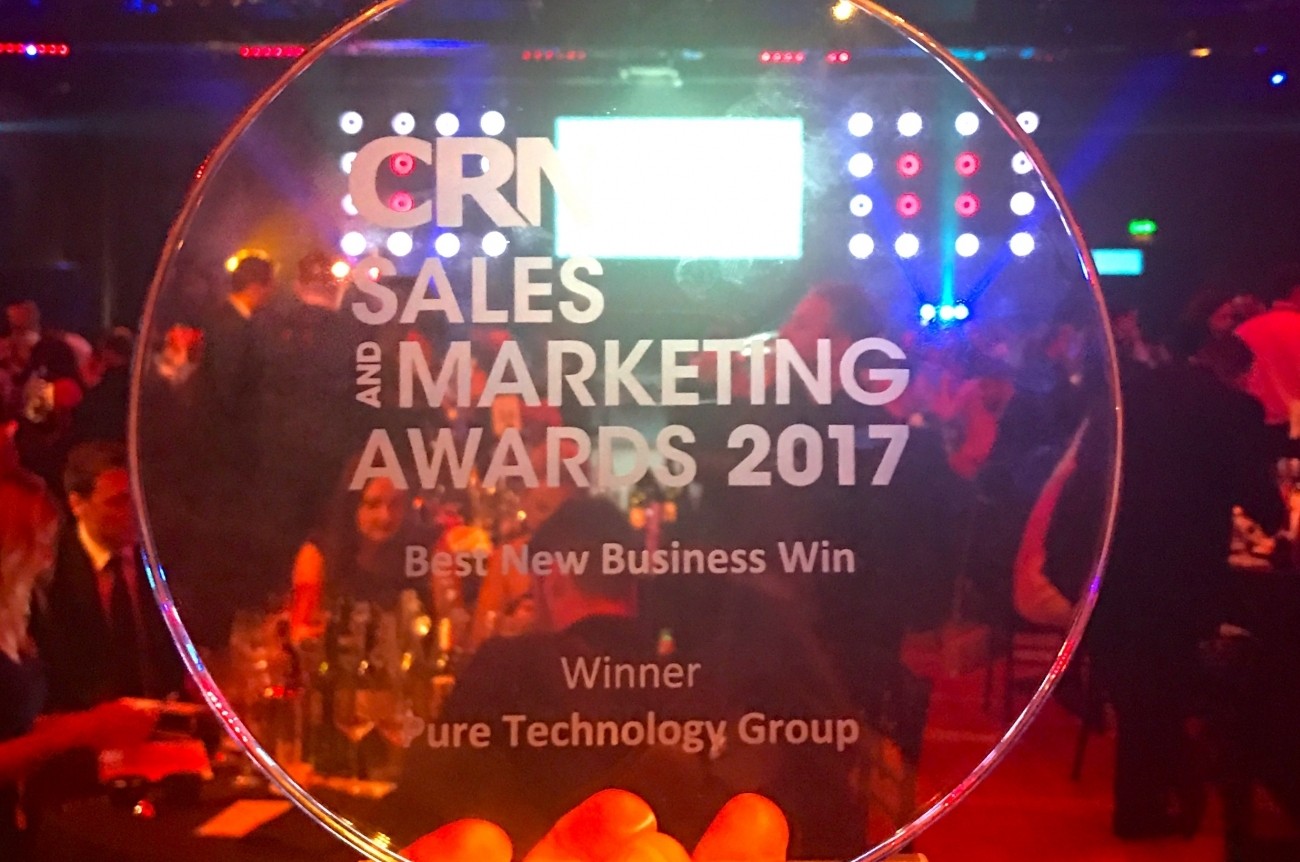 The pure technology group was proud to receive the CRN Best New Business Win Award 2017 at the CRN Sales and Marketing Awards in London last night.

The CRN Sales & Marketing Awards (part of Incisive Media) is one of the UK's leading business-to-business (B2B) awards, recognising innovation and excellence in the UK IT sector.

The award acknowledges a landmark project between Virtual College and the pure technology group, which took place in April of this year. The solution took place following the launch of a new strategy in Jan 2016, which increased several strategic partnerships with vendors such as Huawei and Microsoft.  This was the second significant award the Group has received this month following the Huawei Innovation Partner 2017 Award last week.

As a result Virtual College now has the ability to scale the platform up and down based on demand, to better enable growth of its on-line learner base from 2 million to 20 million people. “The awards are great recognition for a great team effort.  Our own skilled people working alongside global brands such as Huawei, Microsoft and Veeam is the key to delivering solutions of this magnitude in the best way possible.  It’s saved Virtual College £1million+ when compared to other solutions and we’ve very proud of that.”

“The pure technology group has secured our infrastructure for the next 10 years. They over-delivered on our original project specifications and sourced new products we didn’t realise were even available on the market.

The capability of Huawei’s FusionCube™ technology is very impressive and I look forward to our organisation reaping the rewards of its superior performance.”