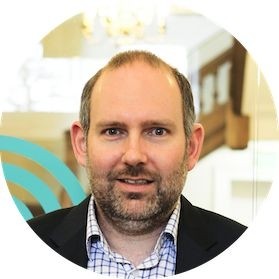 2016 sees Microsoft releasing the latest version of its server operating system, Windows Server 2016. Current estimates place the release date in the third quarter of the year. Whilst most IT managers won’t want to run the first release of any new operating system, now is the time to be looking at the feature set and deciding on how these meet the changing needs of your organisation.

Server 2016 builds on the success of Server 2012/2012R2, which has proven itself to be a stable workhorse for most organisations. It adds features such as Nano Server, Containers/Docker, Hyper-V enhancements in addition to a greater emphasis on the cloud.

If you are familiar with managing Server 2012R2, then you won’t have much difficulty in switching to Server 2016. Under the hood though, Microsoft is making changes to the way things work, so now may be the time to embrace some of these changes.

Many organisations these days use virtualisation. The benefits of lower total cost of ownership, ease of administration, flexibility and reliability mean that running a small Hyper-V cluster is the sensible thing to do. Anyone that has been using Hyper-V for some time and has had to upgrade their cluster from 2008R2 to 2012R2 will know how painful that process can be.  New hardware had to be purchased and workloads migrated from the old cluster to the new cluster which usually involved significant downtime. Server 2016 supports rolling cluster upgrades from 2012R2. This means that you can upgrade the cluster in place, without having to purchase new hardware (assuming your existing hardware meets the requirements for Server 2016 and Hyper-V). VM’s are moved off one of the hosts, the host operating system is upgraded and the VM’s moved back. The cluster will happily run with mixed Server 2012R2 and Server 2016 hosts (albeit at Server 2012R2 functional level) until all hosts are running Server 2016.

ReFS (Resilient File System) was introduced with Server 2012 and is a file system that was developed to be more resistant to corruption than NTFS.  It has been further developed for Server 2016 and is now the preferred file system for Hyper-V based servers. As well as resilience, ReFS has significant performance enhancements for file operations. If you have ever created a large fixed size virtual hard disk for a VM, you will know how long this process can take; with ReFS, the process completes almost instantly as it no longer needs to initialise the storage space.

Another nice feature of Hyper-V in Server 2016 is the ability to add RAM and NICs while a VM is still running. This means that you can configure a machine with fixed RAM but still be able to add more RAM if needed without downtime. This is especially useful as some workloads don’t support dynamic RAM. NICs can also be added with the VM still running, again meaning no downtime if connection to a new network is needed.

On the installation front, the default version to install is Server 2016 core. This version doesn’t come with a graphical user interface (GUI) and fills many Windows administrators with dread. The remote management features for Windows Server have seen many improvements, starting at Server 2008, so you really should be getting out of the habit of logging on to a server console to do administration work. Servers can be managed remotely using the Remote Server Administration Tools (RSAT) as well as using PowerShell. The benefits of running the ‘core’ version on Server 2016 (as well as 2012/2012R2) mean less patching which in turn means less down time. The GUI also eats memory and presents a larger surface area for malicious code to run.

PowerShell has got an overhaul in 2016, with well over 300 new commands so far and counting. If you haven’t yet ventured into PowerShell, you really should give it a try. It makes remote management much easier, supports scripting, remote execution and can allow multiple servers to be managed from a central place with ease. There is a steep learning curve, but it’s worth it in the end for the ability to be able to manage your infrastructure.

For those that really don’t want to run Server 2016 core (or can’t if the feature you need isn’t supported on the core version of the OS), the GUI is still available. It looks very much like the Windows 10 GUI which shouldn’t provide too much of a learning curve for those familiar with Windows 10 and Server 2012R2. You can start off using the GUI, but as your skills develop and you become more familiar with remote administration, you can remove the GUI. (You can also switch it back on again if needed).

The big commercial news for Server 2016 is that licensing is moving from per processor to per core. Licenses will be sold in 2 core packs; this means that if you have a host with 2 processors and each processor has 8 cores, you will need 8 2-core packs for a total of 16 cores. It does get a little more complicated though; each physical server, including physical servers with only 1 processor, will need to be licensed with a minimum of 16 cores. Each processor will also need to be licensed with a minimum of 8 cores. Microsoft never make it easy do they? But don’t worry; if, like the majority of the human population, you aren’t a licensing expert, we can help. We’ve got several ‘gurus’ in the Pure Data Group that will guide you to the best commercial and technical option for your business.

With Server 2016, the choices for editions remain the same: Standard or datacentre. At the time of writing, some of the more advanced features of Server 2016 are only available in the datacentre edition. Both editions include core server functionality as well as support of Windows Server containers and Nano Server. Standard edition also includes 2 virtual operating system environments (virtual machines) or the new Hyper-V containers (or 1 of each). The Datacenter edition gives unlimited operating system environments as well as Storage Spaces Direct, Storage Replica, Shielded Virtual Machines, Host Guardian Service and the new networking stack.

So what are these new Datacenter features and do you need them? Some of these topics are fairly complex, so I will only cover them briefly at this point.

Nano server is a headless version of Server 2016. It is designed to support infrastructure roles such as Hyper-V, clustering, storage etc. plus support cloud fabrics. The list of roles supported in Nano Server is limited at the moment, but is growing all the time. Current roles include Hyper-V, Scale-Out File Server, DNS Server, Web server (IIS) and Container host. Nano server is deployed using Powershell and only installs binaries for the roles you need. This means smaller disk footprint (even smaller than core), less memory for the OS, less patching and fewer reboots.  Nano server is truly headless. You can’t RDP to it and all management must be done remotely.

Storage Spaces Direct allows highly available storage spaces using local storage on just a bunch of disks (JBOD). Free storage across multiple hosts is aggregated to provide a single storage pool that could be used for DR replication targets or in a Hyper-converged Hyper-V cluster.

Storage Replicas allows real time replication of data to a DR location. It expands on Hyper-V replication by allowing almost zero data loss in the event of a disaster.

Shielded Virtual Machines are primarily used in a cloud environment. Using this technology, administrators will be able to prevent their cloud provider administrators from accessing their virtual machines. Host Guardian Service further protects virtual machines by only allowing them to run on designated hosts.

Containers are available in two versions; Windows Server Containers and Hyper-V Containers. Windows Server Containers use shared operating system files and memory with the host, whilst Hyper-V Containers have their own operating system files and memory. Containers provide a sandbox environment for the work load being used, much like running a virtual machine. They are much more lightweight than traditional virtual machines though. So in theory, you will be able to run more containers on a host than traditional VM’s.

There’s no doubt that Server 2016 is going to contain more new features than we’ve seen for a while in a server release. We’re running Technical Preview 4, so there’s probably some features still to debut. If you’re interested in discussing Server 2016 further for your business and setting up any test environments, please don’t hesitate to get in contact with either your Account Manager or myself directly. We’re here to help!