the dark art of licensing 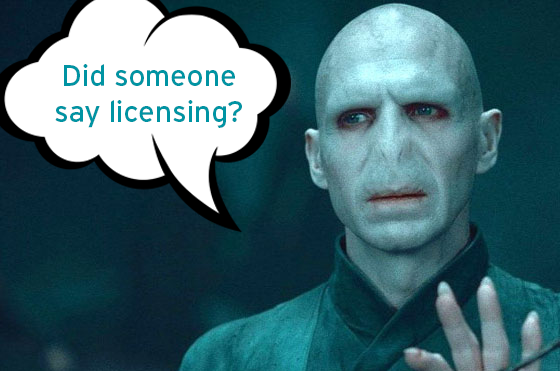 My sanity has been questioned many times over the past 15 years, not all of which were work related, but a good majority were, and software licensing was usually why.

During that time IT has changed dramatically; witnessing the introduction of Virtualisation, IT Mobility, Unified Communications, Cloud and now the Internet of Things, all of which have allowed technology to takes huge steps forward in making the world a more connected place. All of these technical innovations have one issue in common: licensing.

In the early years, software licensing was simple for the customer; any device that was installed needed a license and that was the extent of it, in the majority of cases.  Fast forward to today’s technical environment and I completely understand why most companies struggle with managing their software estates, compliance and the commercial impact of major projects on software budgets. A similar comment is stated in nearly every meeting I have attended and it is usually one of the following; “Understanding Software Licensing is a dark art”, “Why on earth is it so complicated” but my favourite has to be “So you understand all this and you don’t have a drinking problem?!”. At this point you’ve probably come to the conclusion that all software specialists are slightly eccentric, alcoholic Harry Potters.

With the introduction of virtualisation, the software-defined datacentre was born, allowing fault-tolerant, highly-available clusters to be deployed.  Multiple virtual machines run on a single server or cluster of hardware nodes. This is still one of the biggest culprits of mis-licensing in Microsoft environments because to allow Microsoft server applications to use HA (High Availability), the applications must be enrolled in software assurance, otherwise the application needs to be licensed for every server in the cluster – are we confused yet?  VMware are the market leaders in Virtualisation and still adopt a processer-based licensing model, as do many other hypervisor and software vendors. In 2012, due to the consistently increasing uptake in Virtualisation, Microsoft dropped their processor-based licensing model and moved to a per-core based licensing mode as CPUs were becoming more powerful, enabling each processor to handle higher density workloads.

Next along came IT mobility, unified communications and the freedom that came as a result. This brought a completely new dynamic to software licensing. Traditionally software licensing was purely determined on a device basis; each device required a license, being it an individual application or a Client Access License (CAL).  Citrix are one of the leaders in IT Mobility and connected spaces, and one of the few vendors that still offer a concurrent licensing model.  As demand increased for a more connectivity from anywhere and increased business agility Cloud became the next evolutionary step for the connected business environment.  The vast majority of software licensing has since moved to a user-based model, similar to those of Microsoft Office365 or Microsoft Azure.

After the release of Windows 10, Microsoft muddied the waters once more with their free upgrade promise to customers, causing further confusion in the industry as to how this OS would be licensed in both the personal and professional environment.  As long as a device is licensed for Windows 7 Pro, 8 Pro or 8.1 Pro it is still eligible to upgrade to Windows 10 Pro for free.  Windows Enterprise is only available as a paid upgrade option but now Software Assurance is an additional extra, rather than being compulsory.  Over 300 million devices worldwide have already upgraded, making Windows 10 the most successful new OS launch Microsoft have ever had.  From all of Microsoft’s marketing since release, they have also lead us to believe that it will also be the last operating system release, as they move to an OS service model, rather than continuing the traditional product approach.  After July 29th 2016 the free upgrade promotion will expire, meaning anybody wanting to upgrade after then will have to pay for the privilege.

Following on from the Success of Windows 10, Microsoft’s newly awaited server operating systems will also change the way it will be licensed.  After the release of Windows Server 2016, Microsoft will adopt a core-based licensing model like that of SQL Server.  I wouldn’t be surprised to see future releases of other applications like Microsoft System Centre to follow suit shortly after due to the close relationship with Microsoft Windows Server.  Microsoft have also invested a lot of time and money into the Azure cloud platform and with the release of Windows Server 2016, I predict that Microsoft Azure adoption will grow and slowly help Microsoft claw back some market share from rivals such as Amazon Web Services.

With the adoption of private, public and hybrid cloud, these alone can bring potential ‘licensing land mines’ especially around Hybrid Cloud scenarios and Microsoft SQL Server deployments.  These scenarios usually require Software Assurance for failover licensing, license mobility or unlimited virtualisation rights.  As cloud adoption increases, a lot of social media platforms are claiming that SAM (Software Asset Management) is resigned to the history books; they suggest that because cloud works on a per-user basis, it reduces the complication of licensing. I think this couldn’t be further from the truth - I have personally experienced a significant increase in demand for software licensing best practice.

Software Asset Management isn’t an audit (as perceived by many). SAM is a set of processes to apply software licensing knowledge to assist in getting a true picture of the software estate. This then allows the IT professionals to maximise software spend ROI, and in most cases provide significant cost reductions.  This makes project adoption much easier as hidden software costs are completely removed from the process.  In most engagements I have been part of, software over-licensing has been the biggest frustration for IT Directors as it’s effectively budget that could have been used more efficiently or elsewhere.  Even with Cloud now simplifying some areas of licensing, it still makes for an interesting day.

We are approaching the age of the IoT (Internet of Things) and as devices become smarter and more connected this poses further questions to the effects on the software licensing landscape.  There are definitely some interesting times ahead (well, for the slightly eccentric Harry-Potter-types like me anyway).

If you think your licensing estate could benefit from the help of one of our specialists, please feel free to contact me directly on [email protected] or 0113 387 1070 for more information.